ZAMPO IS ON A MISSION (AND AS HUNGRY AS EVER)

Suinio used to be an idyllic world, but now a terrible calamity plagues it: all the toilets have been turned into hundreds of potties that have been scattered all over the place!
Help Zampo the pig collect them so that witch Cotechina can bring them back to the original state...

QUOD INIT EXIT IIm is a platformer with original mechanics, a few puzzle elements and an unprecedented graphical engine that sports:

QUOD INIT EXIT It comes on cartridge (EasyFlash) and disk images, but, to let everyone enjoy it easily, it is available also for AmigaOS 4 and Windows as a package that allows to install and run the game as if it were a native application (thanks to the VICE emulator).

ABOUT THE QUOD INIT EXIT GAMES

QUOD INIT EXIT IIm is part of a saga that, as of this writing, includes six different games.
BOH opens the story, with the Evil Masters bringing chaos to Earth. Huenison focuses on the fight against one of them, the eponymous character. Eventually the Evil Masters were repelled, but, as seen in QUOD INIT EXIT IIm, during their retreat, Huenison and his companions happened to pass by planet Suinio and decided to cause trouble there as well. Having witnessed the Evil Masters' cruelty, the Pemkians decided develop the defense training program that SkillGrid is part of. In MAH, years later, the danger came from the Apocalypser, the weapon that had been developed against the Evil Masters and that the Purifiers activated to destroy the Earth. Finally, KOG assigns a new task to the hero who deactivated the Apocalypser. 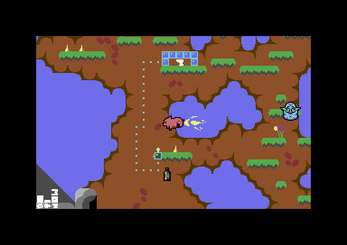 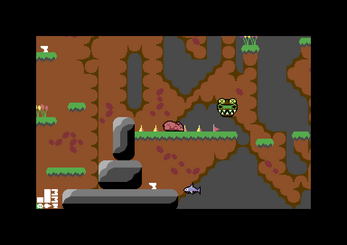 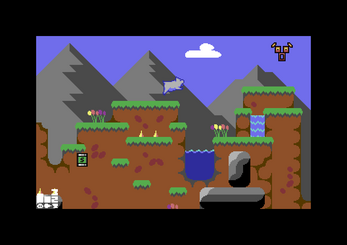 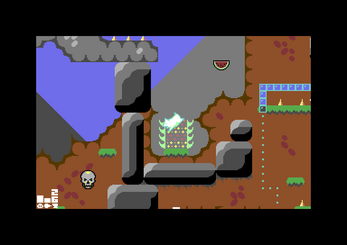 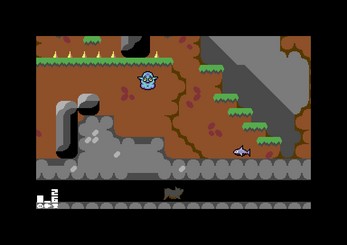 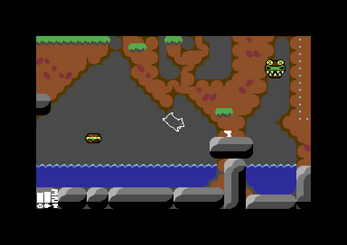