A downloadable puzzle-shooter for Windows

ANOTHER VISITOR... PLAY A WHILE, GO MAD FOREVER!

And so you think you will succeed where everybody else has failed. I, Huenison, the Evil Master in charge of the conquest of your world, will see to it that you fail miserably.
Yes, conquest.
Why? Because.
Unfair? Who cares. But enough, I am not wasting further time here. Go away. Or, if you're really serious about it, come down into my deep Mind Control Wells and... die.

You shoot at falling bricks with a cannon at the bottom of a well (and no, you haven't ever seen anything like this before). Your beams hit bricks only when they are of the same color. Hitting a brick produces a specific effect depending on the type of the brick. Missing bricks will let them accumulate at the bottom of the well, raising the ground where the cannon rests - and, on top of that, bringing the deadly zapper down, closer to the cannon.

But this is just the beginning: each level plays differently, more and more brick types are introduced along the way, occasional disturbances will suddenly bring some more chaos and lots of bonuses will help catch a breath (and score more points)!
It's a unique experience that can't be described with words. Just dive into Huenison's Mind Control Wells, defeat him and save the world! 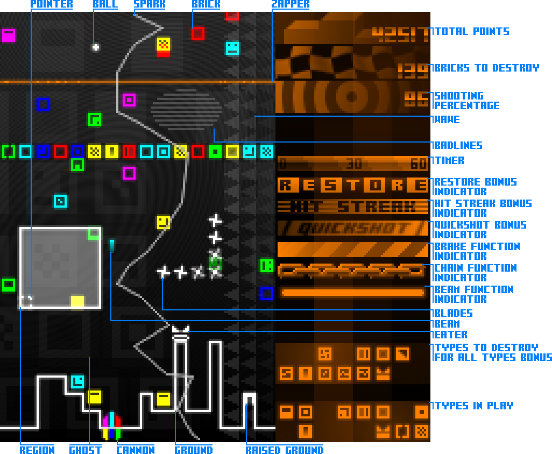 .
Check out the online hiscores.
Read the beautiful manual. 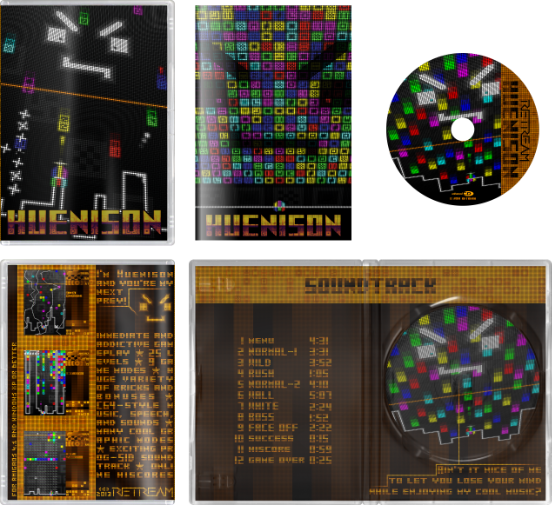 Huenison is part of a saga that, as of this writing, includes six different games.
BOH opens the story, with the Evil Masters bringing chaos to Earth. Huenison focuses on the fight against one of them, the eponymous character. Eventually the Evil Masters were repelled, but, as seen in QUOD INIT EXIT IIo, during their retreat, Huenison and his companions happened to pass by planet Suinio and decided to cause trouble there as well. Having witnessed the Evil Masters' cruelty, the Pemkians decided develop the defense training program that SkillGrid is part of. In MAH, years later, the danger came from the Apocalypser, the weapon that had been developed against the Evil Masters and that the Purifiers activated to destroy the Earth. Finally, KOG assigns a new task to the hero who deactivated the Apocalypser. 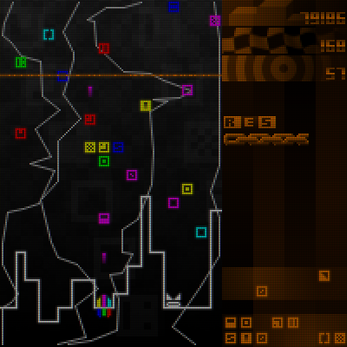 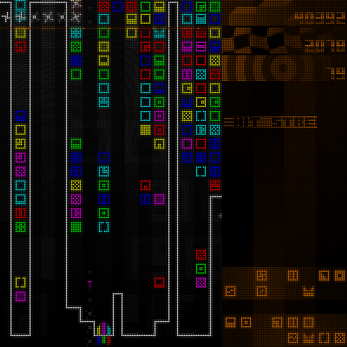 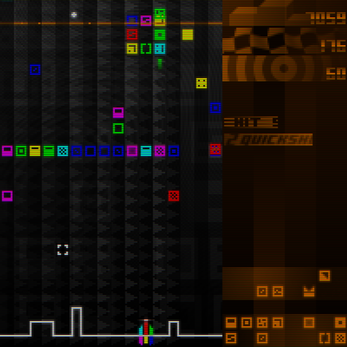 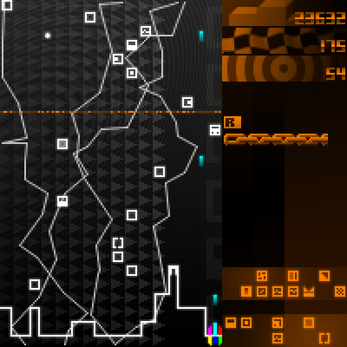 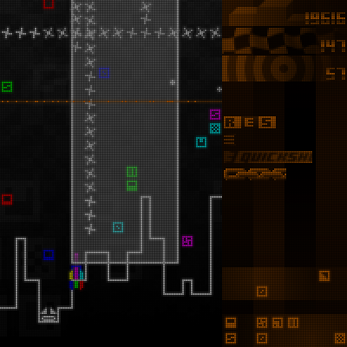 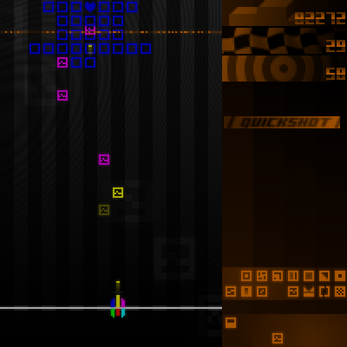