One more update with some neat improvements 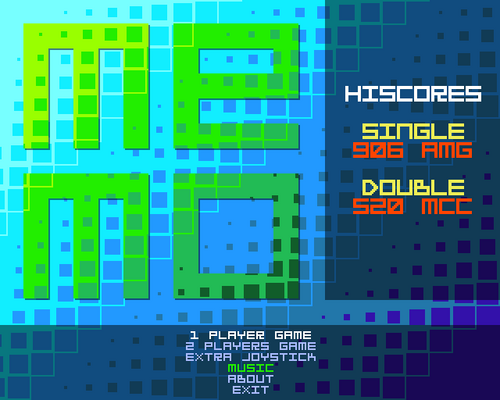 Lately I realized I could make the startup and cleanup code of SkillGrid more robust, so I improved it further. Then, I made similar (and more general) changes to my own custom framework (not used by SkillGrid for memory conservation reasons), which thus has nowmore robust startup and cleanup code, too. MeMO uses such framework, so it almost automatically benefits from the improvements (all that was needed was changing a couple of instructions and reassembling the code).
This change alone justfied a new release, so, while touching up the manual in preparation for it, I remembered that I was asked 2 joysticks support on itch.io: I seized the chance to add that as well; and, in the process, other ideas came to mind - here is the full changelog...

If you give it a spin and you experience problems, please let me know so that I can try to fix them (and this might also contribute to improving the future SkillGrid update).