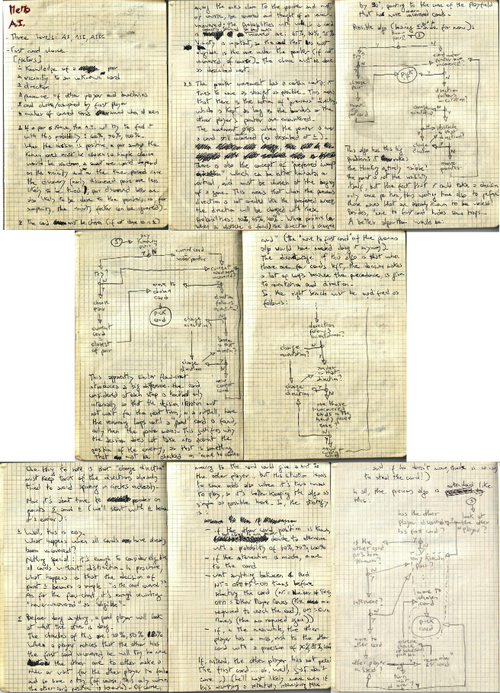 As documented in the other devlog posts, over the years MeMO has been reworked/updated several times and released in three very different shapes. However, one feature always remained unimplemented: an AI to play against. The funny (sad?) thing is that such AI has already been fully designed... about 13 years ago! It's a low priority, but hopefully one day the notes shown in the picture will turn into actual code.