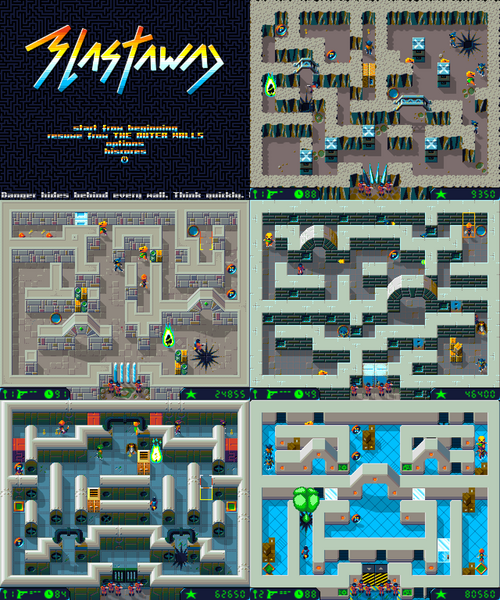 When a new stage is reached, the whole game state gets saved so that it will be possible to resume the game anytime from the same state by means of a menu option.

Side note: I had considered giving the option to resume from any of the stages/arenas reached previously, but that would have made it way too easy to finish the game (and make big scores in the process) with repeated partial sessions, whereas the best way to enjoy the game is to play it from start to finish. Therefore, I went for an alternative that sits in between the two extremes.

Get rid of the wors!