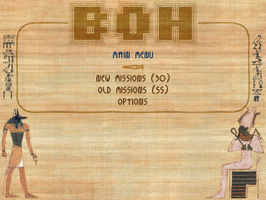 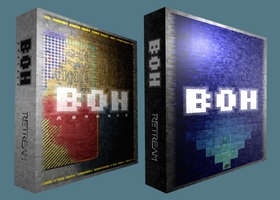 All the features are in - including all the new missions, for a total of 100.

The game and the missions are now being thoroughly tested. The first picture here shows that 55 missions have already been played (and refined where necessary). If you're wondering why the counter of those that have to be played is 30 instead of 45, that's because 15 missions are still locked.

The many hours spent playing (without cheats whatsover) also make for a good testing of the program. In fact, a very nasty bug has just been discovered and fixed: if the Evil Master was hit while it had just collided against the main character, the fact that it was stunned in that place would cause multiple collisions that massively drained the shield - not fair!

But there's a lot more going on: try and guess what the (rough) renders in the other picture are!
More news after the testing is done ;)

Fight the Evil Masters, if you dare.