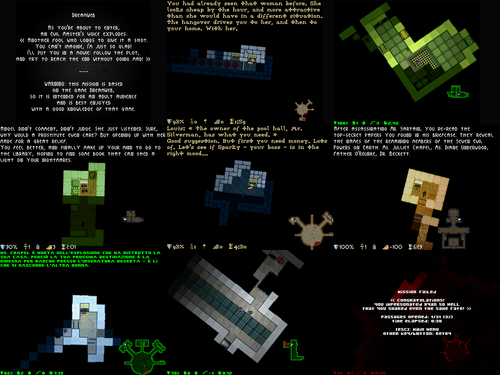 The ADVANCE version of BOH has been in the works for quite a while, and its completion isn't too far.

One of its great features is 23 new, intriguing, original missions (some of which are linked together and even multi-phase), which bring the total to 100 (!).

Among these missions, there is one that is heavily inspired to the game DreamWeb: it is based on the storyline, Diary of a (Mad?)Man, locations, characters, and symbols from DreamWeb. The result is that solving the mission means re-living the adventure of the main character Ryan, which adds a whole new dimension to BOH.

Some details for the DreamWeb fans:

Yes, that's BOH at its best - calling it "immersive" is an understatement.

Fight the Evil Masters, if you dare.