A number of important changes 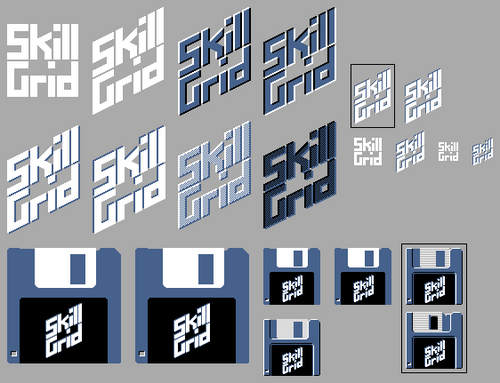 Development was suspended for a few weeks due to another project (a book not related to computers), but then it resumed with these changes:

There is enough RAM left to add bossfights, more UFO types, and dynamic generation of the scrolling middle layer (and possibly improving the quality of some sound samples). The biggest issue will be stuffing everything into the 2 floppies (at the moment there are less than 110 kB free).
By the way, of all the icons shown in the picture, only the ones surrounded by squares, which are in the old 4-color format, will be used, precisely to use as little floppy disk space as possible.