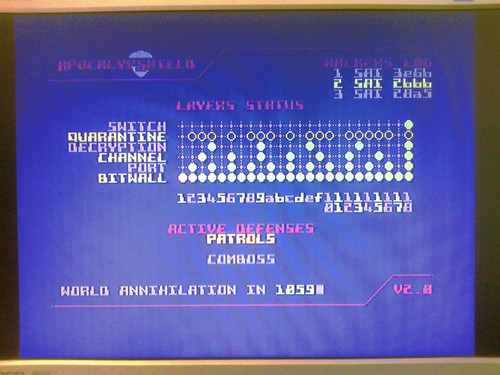 In the past few months, MAH underwent some massive testing (it has been played from start to finish more than a hundred times, in addition to other smaller tests), on emulator and on a real C64, to release it as bug-free as possible. To close the testing, the pre-production cartridge received a few days ago has been gone through several sessions of heavy playing. Result: green light, production of carts and disks can start!

The picture shows the scores of the three games: the topmost was played normally, whereas the other two were intentionally played in a terrible way to ensure that also all the "negative" features were tested properly.

Hack the Apocalypshield, save the world! [C64]