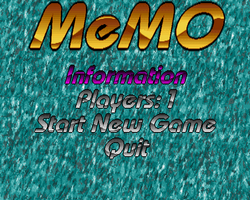 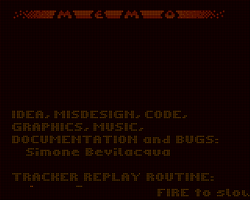 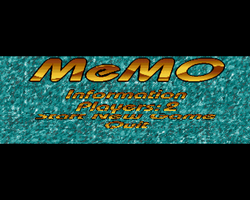 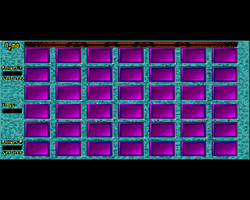 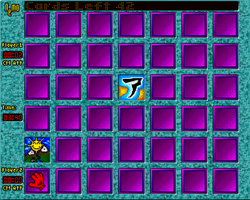 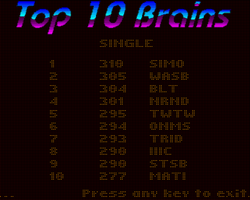 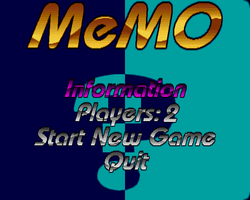 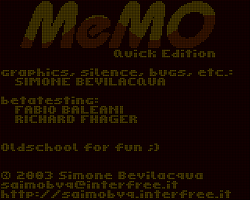 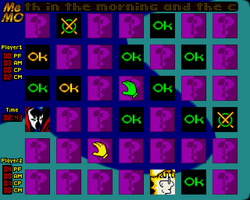 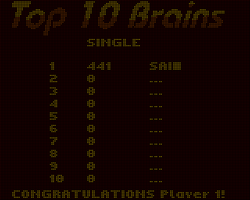 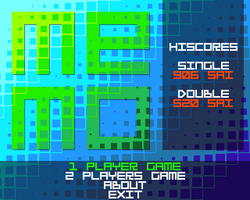 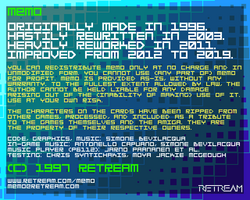 MeMO was born in 1996 as a programming exercise. The inspiration came from the Memory Station sub-game of the game Deluxe Galaga.
The first playable version was made in quite a short time. Regrettably, at that time, the focus was not on the gameplay, but rather on fancy effects (multiple resolutions, dynamic color changing, screens/cards flipping, scrolling texts, etc.) that would let the author learn about and have fun with the Amiga hardware; in fact, when the idea of adding the 2 players mode came, the already messy code became even worse... and buggy. Anyway, despite being very simple, the game turned out to have a certain appeal (especially thanks to the 2 players mode).
Later, at some point, the game was proposed to Vulcan Software as a freebie to bundle with one of their forthcoming Christmas titles. They showed interest, but after some nice talks they requested changes that there was no time nor willingness to do; in the end, the idea was friendly folded.
The first public version (later tagged Original Edition) was released on Aminet in 1997.
In the following years, every once in a while the author made the program a bit more robust by improving the custom framework it was built on, although the updated versions were never distributed.
In 2003, while doing that same kind of maintenance activity, the author could not help but feel disturbed at the sight of the original code: such a horror did not deserve to exist. So, the game was rewritten from scratch. In a two weeks burst, a brand-new version (tagged Quick Edition) was ready, with totally new graphics... and without sound. For some reason, though, the game was released only almost one year later.
Finally, 2011 came, and it brought one more radical rewrite, with totally new graphics and music. It was in this occasion that the game was turned into a tribute.
From 2012 on, the game received some small udpates that fixed it and improved it further.